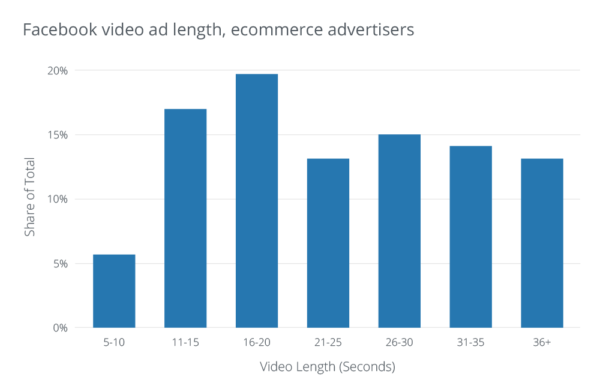 It is saying that shorter the video ad , better the completion rate. But for facebook the scenario may change. Kinetic Social tracked data based on 2 billion social ad impressions, including ad spending for all ad types on Facebook, across both desktop and mobile channels. Kinetic Social is a programmatic social media platform that delivers paid social ads.

According to the data, almost half (or 44%) of 30- to 60-second video ads on Facebook were viewed to completion. Meanwhile, those that ran 30 seconds or less saw a 26% completion rate. Interestingly, 2-minute or longer video ads had the second-best completion rate of 31%.

In a separate survey from Animoto, within the next 12 months, 70.8% of respondents said they plan to invest in social video ads overall, including ads to boost content. And Facebook is most likely to benefit from this intent; 65.8% of those who planned to do social video advertising planned to use it.